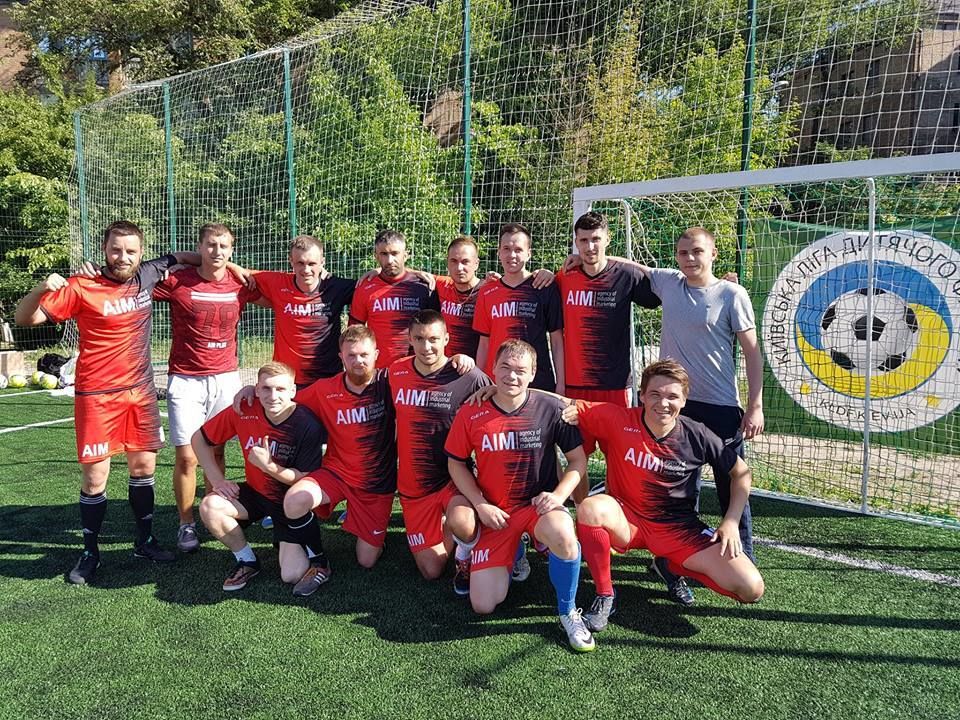 You have to be where you can make yourself the most useful. Story of a goalkeeper in AIM’s football team

He is not very tall and has a snazzy vyshyvanka tattoo. With 30 years under his belt, he still looks incredibly youthful, so whenever he is buying the cigarettes, he is asked to show his ID. When he is walking, all the things hanging from his backpack create a melodic rattle. But there’s more to it than that. Turns out this very rattle was saving lives in the war because an approaching enemy would never be making so much noise.

His name is Oleksandr.

Perhaps, nobody has ever showed up at the Agency of Industrial Marketing at such a right time. This is how the HR Manager who is also an ATO veteran named Oleksandr recalls it, "What’s funny is that it happened when I found out that our football team needed a goalkeeper. In the morning, everyone was panicking, “We don’t have a goalkeeper! What to do?” The next thing I know, I am checking Sashko’s resume and I ask him right away:

I suppose the stars have aligned. Sasha happened to be in the right place at the right time.’ 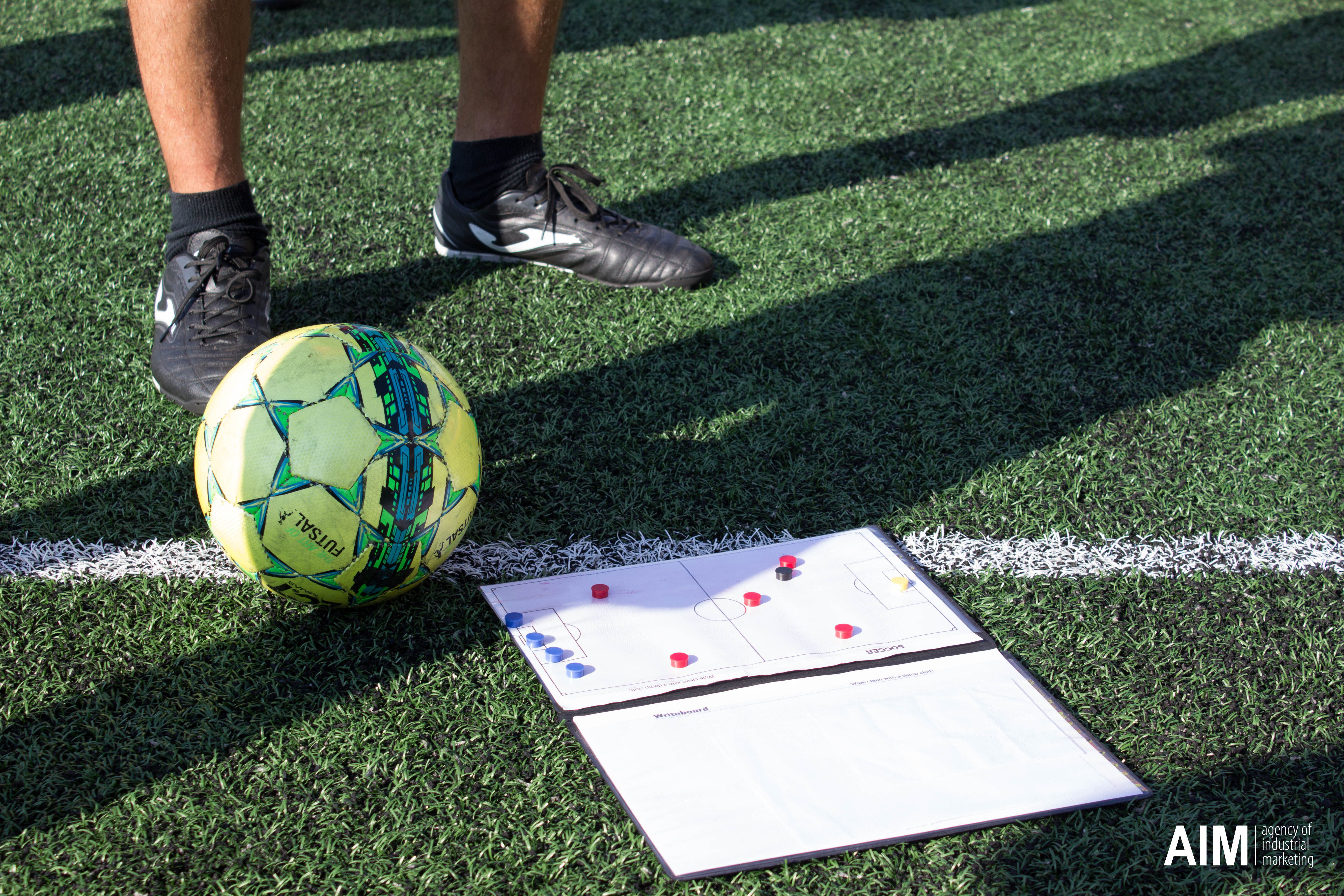 Below are some bits and pieces of a conversation we had with Oleksandr.

- When did the football become a part of your life?

- I have been playing football since school days. I played for a local team and later for the city. I always saw it as a challenge of sorts. Something that improved my health and strengthened me. Another thing that motivated me was that all my buddies and classmates played football too. I have also continued doing it at the university.

And then the war broke out. When I returned - we bring back something good, something wonderful -, I kept trying to find a place where I could play. So, when the AIM invited me to join its football team, I didn’t think twice and jumped at the opportunity.

- How long have you been playing as a goalkeeper?

- Since childhood. And I've never stopped. Since I was a kid, I loved catching things, not letting them fall. (laughs) I suppose it’s just a good reaction.

I believe you have to be where you can make yourself the most useful.

Yuriy, CEO at the AIM and the team captain put me in charge of handling affairs of the team: lineup, uniform, etc. I’m what you would call a team manager.

- How often do you get injured?

- All of my fingers are already broken. Only two are left intact.

- In my case, it’s the other way around: an injury fuels my motivation, improves alertness.

- Do you see any changes since you’ve started training with the AIM team?

- Over the course of almost two months, I have witnessed lots of progress and success. I’ve already told the guys that I hadn’t seen such a professional approach to training with anyone I have trained with previously. The hired coach is a true professional. In the very beginning, I was literally dying from exhaustion during training sessions but I got used to it. Coach is great! I like his training program a lot. It does not just wear you out but slowly builds up the load.

The team lineup has changed for the better too because the training sessions became more intense.

- Isn’t it hard to wake up so early in the morning? To have no days off on Saturday and Sunday?

- Yes, it is. But given the fact that the players keep showing up, it means they enjoy it. The one who is unwilling to do it won't be putting so much effort into it. If you are really passionate about it, if you really need it, you’ll keep going. No one is forcing you to stay on the team... I mean, it's all up to you.

What’s important is that we don’t train just for the heck of it, for the sake of having a good run but to reach the goal, win the game, reach new heights. Currently, we have made it to the semifinals…

I have to admit that the teams we competed with earlier are very strong. You step on the football field and the thrill of the game takes over you immediately, you have to play and win!

- What does football mean to you? Is it a leisure activity, health? How does football help adjust to the life realities after the war?

In terms of adaptation of the ATO veterans, football can play a significant role but those who play it now did so before the war too. If I play the ball every day just like I would do my job, I suppose it can serve as a good distraction.

The biggest distraction for me is work. I love tackling the numbers (laughs). I loved doing that even before. The team and the working environment help me a lot.

After completing my service back in 2016, I’ve traveled across Ukraine with my battle buddies visiting the graves of our fallen friends for a month.

After that, my personal adaptation shifted to a children's camp where I was sent by the volunteers. After two weeks, I was begging to take me out of there! It was a health camp for the kids organized by the Kyiv City State Administration. There were orphans and I was their mentor.

I came there for one shift only and they made me stay for half a year. I would go back home for a day every two months. I used to cry at night. It was hard... However, I’ve realized how much it actually helped me when I returned home. When you approach something responsibly, when you fully dive into it, it occupies your mind and becomes a source of distraction.

After that, on December 31, 2016, I went to Chernivtsi and stayed at my war buddy’s place with not a soul around for a whole month. Was unwinding…

So, the miracles do happen and nothing is accidental in our lives.

Aside from that, Sasha is good at catching the ball at the gate and now that he is ‘tackling the numbers’ at AIM as he likes to jokingly call it, the team wins more often.

We are wishing Sashko loads of energy, inspiration and success in all his endeavors!

The people have to find own place in life where they can make themselves the most useful. The one who was lucky to find it can be considered a happy person.

Ifyou have any questions relating to the football team, feel free to contact Yuriy Shchyrin, the captain, founder and CEO at AIM.

Written by Svitlana Domanchuk who talked to undefeatable defender of Ukraine and the goalkeeper.

Rate this page
0
Liked it Share in social networks:
Do you want to join? It is possible 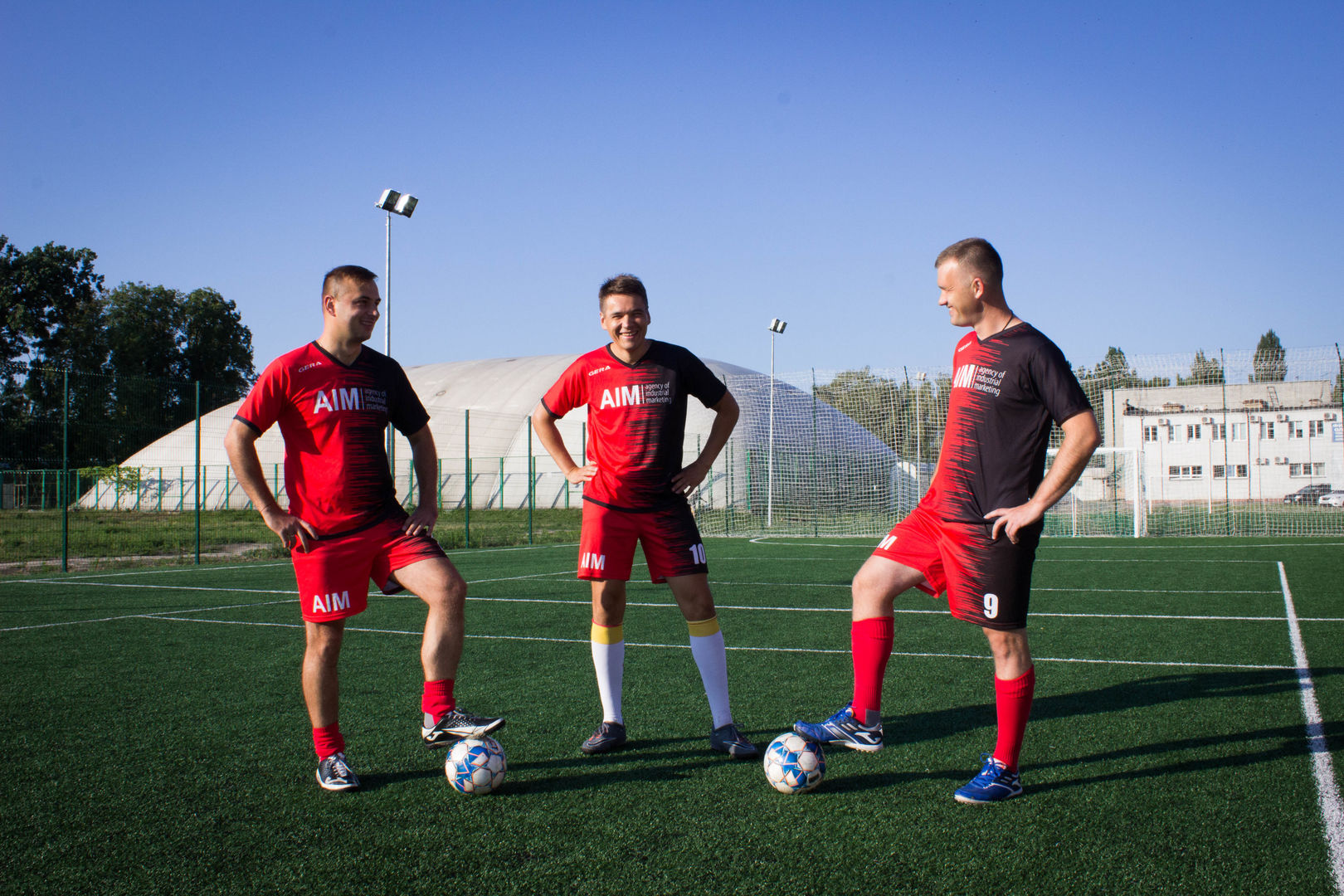 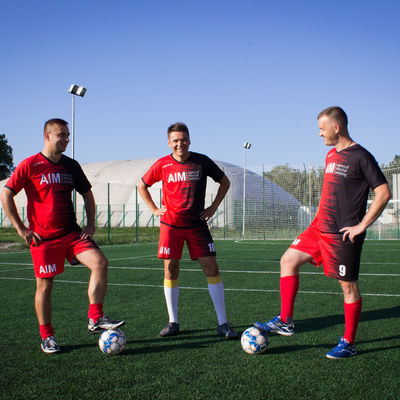 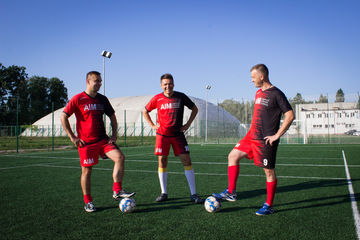 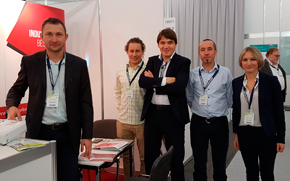